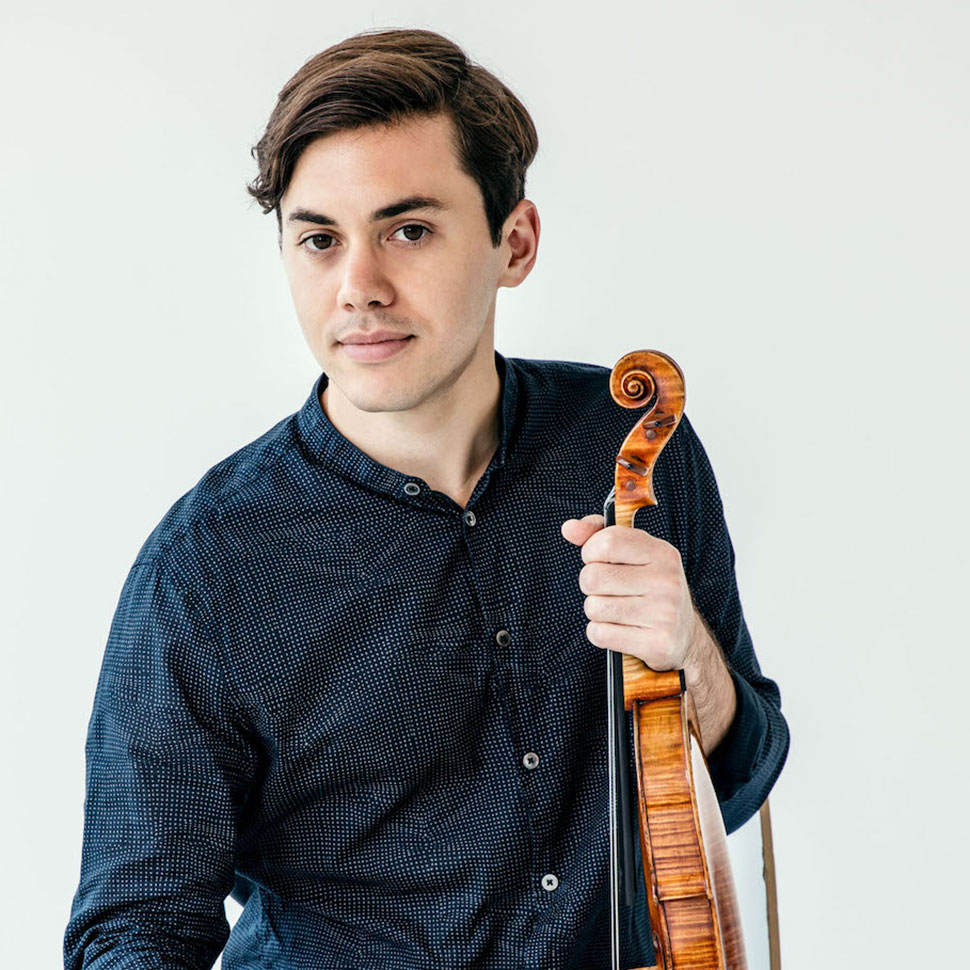 Born in 1989, American violinist Benjamin Beilman is winning plaudits across the globe for his compelling and impassioned performances, his deep rich tone and searing lyricism. The Scotsman has described him as “a remarkable talent, delivering playing of rare insight and generosity, as captivating as it is gloriously entertaining” and the New York Times has praised his “handsome technique, burnished sound, and quiet confidence [which] showed why he has come so far so fast”.

During the Beethoven celebrations in 2020, Beilman will perform the Beethoven Concerto with the Budapest Festival Orchestra conducted by Janowski, the Wroclaw Philharmonic and their Music Director Guerrero on tour across Poland, the Orchestra Metropolitain (Montreal) with Han-Na Chang and with the Orchestre National du Capitole de Toulouse in Sokhiev’s closing concert as Musical Director.  Other highlights in 19/20 include debuts with the Danish National Symphony, Gürzenich (Cologne), Tonkünstler (Vienna), Antwerp Symphony orchestras, in the US with the Utah Symphony and Minnesota orchestras, and his return to the London Chamber Orchestra to play/direct.

In past seasons, Beilman has performed with many major orchestras worldwide including the Rotterdam Philharmonic, London Philharmonic, Frankfurt Radio Symphony, Zurich Tonhalle, Sydney Symphony, San Francisco Symphony, Houston Symphony and Philadelphia Orchestra both at home and at Carnegie Hall.  In recital and chamber music, Beilman performs regularly at the major halls across the world, including Carnegie Hall, Lincoln Center, Wigmore Hall, Louvre (Paris), Philharmonie (Berlin), Concertgebouw (Amsterdam), Bunka Kaikan (Tokyo) and at festivals he has performed at eg Verbier, Aix-en-Provence Easter, Prague Dvorak, Robeco Summer Concerts (Amsterdam), Music@Menlo, Marlboro and Seattle Chamber Music amongst others. In early 2018 he premiered a new work dedicated to the political activist Angela Davis written by Frederic Rzewski and commissioned by Music Accord which he has performed extensively across the US.

Beilman studied with Almita and Roland Vamos at the Music Institute of Chicago, Ida Kavafian and Pamela Frank at the Curtis Institute of Music, and Christian Tetzlaff at the Kronberg Academy, and has received many prestigious accolades including a Borletti-Buitoni Trust Fellowship, an Avery Fisher Career Grant and a London Music Masters Award.  He has an exclusive recording contract with Warner Classics and released his first disc ‘Spectrum’ for the label in 2016, featuring works by Stravinsky, Janáček and Schubert. Beilman plays the “Engleman” Stradivarius from 1709 generously on loan from the Nippon Music Foundation.