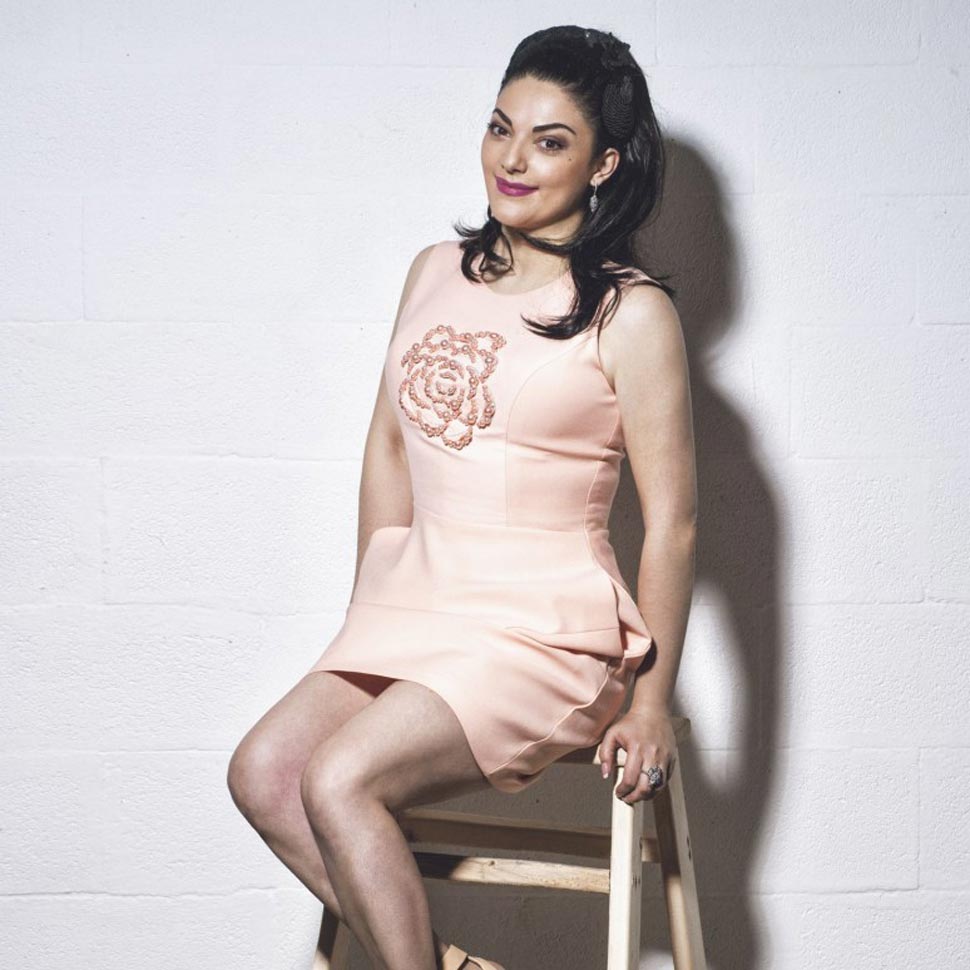 Georgian soprano Tamar Iveri, daughter of the famous baritone Avtandil Javakishvili who was also her first teacher, studied singing at the Conservatory in Tbilisi and first came to the public’s attention as Desdemona in May 1998. This same year, she won second prize at the “Voce Verdiane” competition in Bussetto. In 1999, she won first prize at the Mozart Competition in Salzburg, in Salzburg, where she met legendary soprano Ileana Cotrubas, who has been her mentor ever since.

In 2003 she gave her much acclaimed role debut as Adriana Lecouvreur in GRAZ. Her debut at the SALZBURG FESTIVAL as Fiordiligi in a new production of Cosi fan Tutte followed in 2004 and her debut at the METROPOLITAN OPERA (Don Giovanni/Donna Anna) in 2005. In the seasons 2006/2007 and 2007/2008, she debuted at the HOUSTON GRAND OPERA (Faust) and the ARENA DI VERONA (La Bohème).

In recent years, she returned to the VIENNA STATE OPERA as Tatyana (Eugene Onegin), Donna Anna, Nedda (I Pagliacci) and Amelia Grimaldi (Simon Boccanegra), to the METROPOLITAN OPERA as Vitellia (La clemenza di Tito) and Donna Anna, debuted at LA SCALA as Donna Anna, at BAYERISCHE STAATSOPER in Munich and at the HAMBURGISCHE STAATSOPER as Tatyana and at OPERA BASTILLE in Paris as Elisabetta in Don Carlo. Further performances at the OPERA BASTILLE include Mimi in La Boheme, Elettra in Idomeneo, Suor Angelica and Desdemona in Verdi’s Otello.

After her role debuts as Lucrezia Contarini in Verdi’s I Due Foscari in LAS PALMAS, Leonora in Il Trovatore in TOKYO in 2011 and as Vitellia in Mozart’s La clemenza di Tito in TOULOUSE, where she also appeared as Suor Angelica, Donna Anna and Elisabetta in Don Carlo, she returned to LA SCALA as Luisa Miller, debuted at BERLIN STAATSOPER as Elisabetta in Don Carlo, at OPERA AUSTRALIA for her first Amelia in Un ballo in maschera and in COPENHAGEN as Suor Angelica.

Performances of the 2013/2014 season include Amelia Grimaldi (Simon Boccanegra) and Elisabetta (Don Carlo) at the VIENNA STATE OPERA, Vitellia (La clemenza di Tito) at PARIS OPERA, her company debut with ZURICH OPERA as Elisabetta (Don Carlo), Nedda (I Pagliacci) in TOULOUSE, Amelia Grimaldi in Simon Boccanegra at the BAYERISCHE STAATSOPER in Munich, Desdemona (Otello) and her first Tosca at OPERA AUSTRALIA.

She was awarded the M. ABASHIDZE NATIONAL PRIZE in Georgia and received the EBERHARD-WAECHTER-MEDAILLE for her Tatyana at the Vienna State Opera. For her performances as Amelia at Opera Australia she got nominated as Best Female Performer in an Opera for the prestigious HELPMANN AWARDS.

Her recordings include DVD/Blu-Rays of Turandot (Liù) from the ARENA DI VERONA and Simon Boccanegra from the PARMA VERDI FESTIVAL as well as a DVD of an opera gala to benefit the German AIDS Foundation.