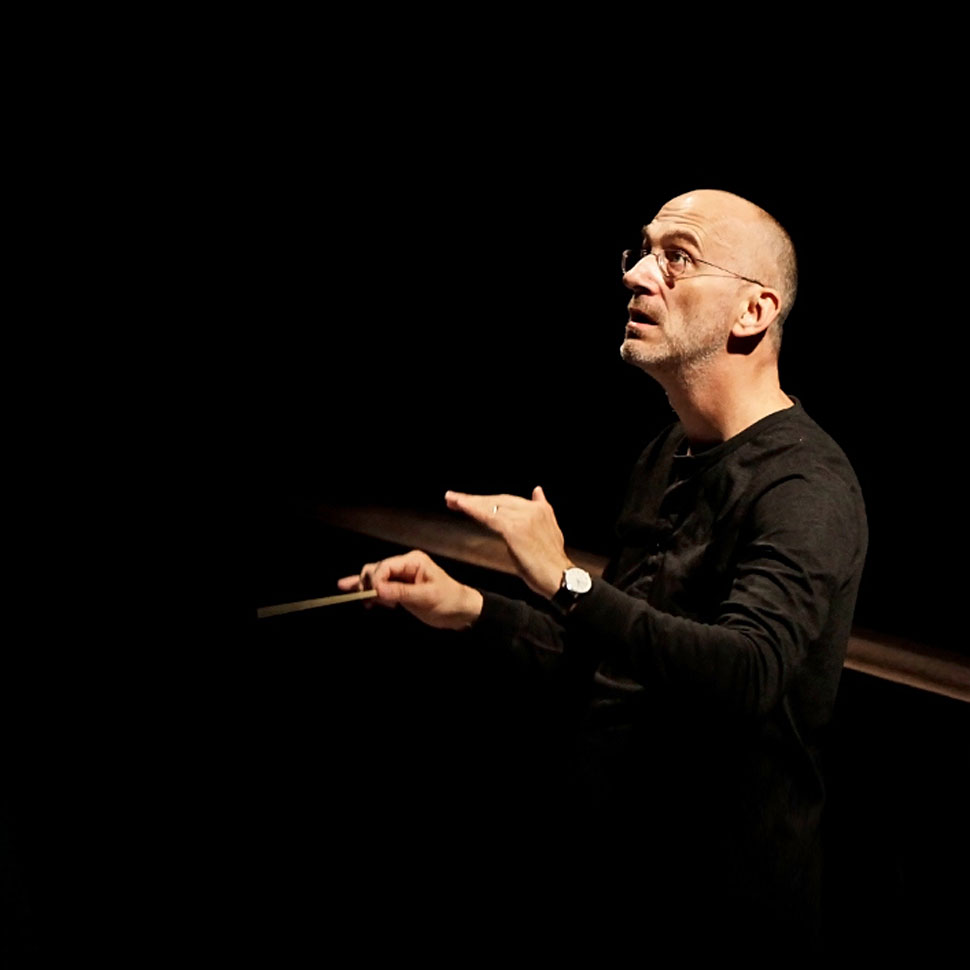 Timothy Brock is an active conductor and composer who specializes in concert works of the early 20th-century and live performances of silent film. And as a leading authority on orchestral performance practices of the 1920's and '30's, he has been engaged to conduct some of the most celebrated orchestras throughout the world, in both concert repertoire and period film-music.

His work on the Charles Chaplin scores began in 1998 when the Chaplin estate commissioned him to restore the illustrious score to Modern Times, and has since then restored 12 Chaplin silent feature and short scores until the work's completion in 2012. These scores include City Lights (1931), The Gold Rush (1924), and The Circus (1928). In 2004, Brock also painstakingly transcribed some 13 hours of unheard Chaplin compositions from a newly discovered acetate recording of Chaplin composing on the piano. This resulted in the creation of a new score for Chaplin's feature drama A Woman of Paris (1923), a work that Brock has conducted in concert a number of times, including at Cinema Ritrovato 2005 in Bologna, the Kino-Babylon in Berlin in 2011, as well as a recording made with Orchestra Citta Aperta in Rome and London, with whom he has also conducted a complete recording of The Gold Rush in 2012.

Timothy Brock was also a pioneering figure in the area of what has become popularly-known as Entartete Musik, music of composers banned by the Third Reich, for which he has received some of his widest acclaim. Between 1989-2000 he gave the North American premieres of Erwin Schulhoff's Symphony no. 2, Hanns Eisler's Kleine Sinfonie, Niemandslied and Kuhle Wampe, as well one of the first-ever performances of Viktor Ullmann’s poignant opera, Der Kaiser von Atlantis, written from within the Terezin ghetto in 1944. The works of Erwin Schulhoff (1894-1942), Franz Schreker (1878-1934), Alexander von Zemlinsky (1871-1942), Hans Krása (1899-1944), Gideon Klein (1919-1944) and Pavel Haas (1899-1944) featured prominently in these series.

As a composer he has written approximately 60 works for the concert stage and silent film.

His concert works include three symphonies, three concertos, a cantata, two operas, and a number of individual orchestral pieces. In 1995 he received a composer fellowship from the Washington State Arts Commission, during which he composed his first opera Billy (1995, libretto by Bryan Willis), the Divertimento:Five Picture-Postcards for Orchestra, and his second opera, Mudhoney (1998, adaptation of the original Friday Locke screenplay by the composer and Bryan Willis). In 1999, he was commissioned to compose an orchestral song cycle for the noted soprano Cyndia Sieden, who gave the premiere of Brock's The Funeral of Youth, four orchestral settings to four poems of the English poet Rupert Brook. Currently he is composing a new violin concerto for Stephen Bryant (BBC Symphony Orchestra) scheduled to premiere in 2016-17.