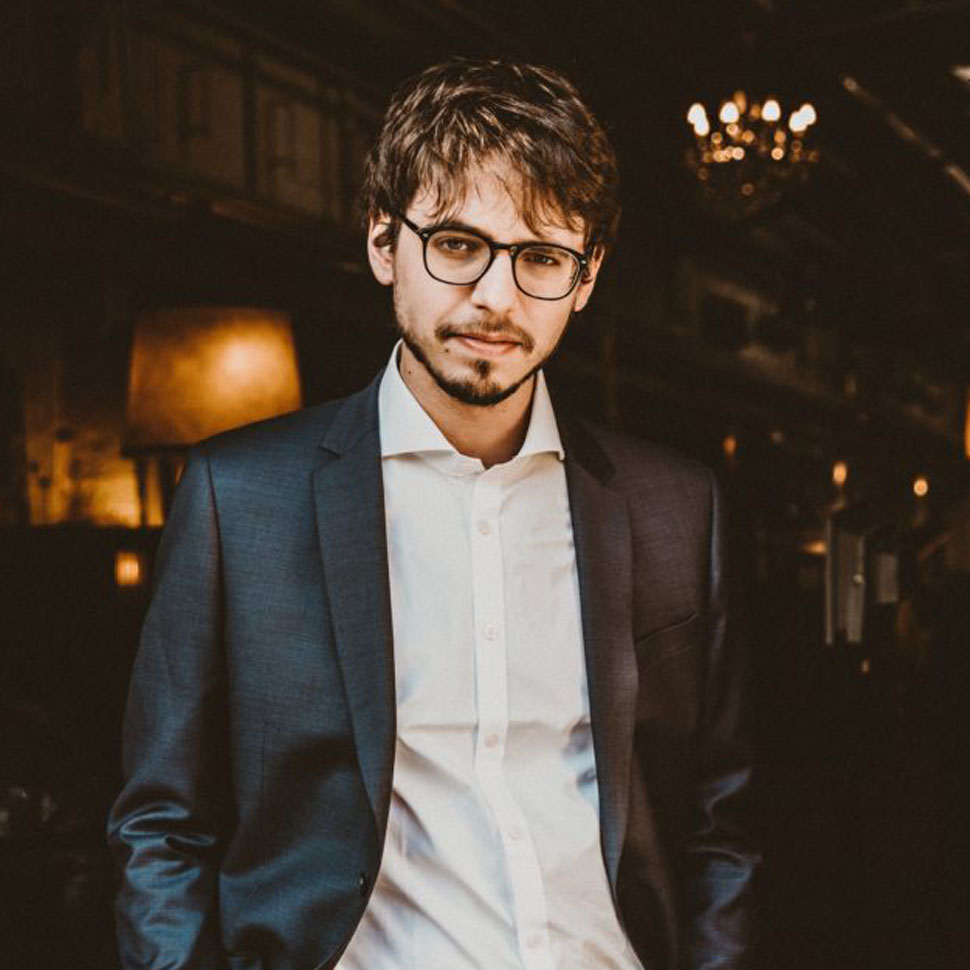 French pianist Lucas Debargue was discovered through his performances at the 15th International Tchaikovsky Competition held in Moscow in year 2015. Although placing only fourth in the final round, he was the only musician across all disciplines who was awarded with the coveted Moscow Music Critic’s Prize as a pianist who’s “incredible gift, artistic vision, and creative freedom have impressed the critics as well as the audience”.

Lucas Debargue was born in 1990. His path to becoming a pianist was all but conventional: he began studying piano when he was 11 but soon switched to literature and graduated from Paris Diderot University with a Bachelor’s Art Degree. Although focusing on literature, he also took time to work his way through a large part of the core piano repertoire during his younger years.<p>

He began his professional piano training only after he had turned 20 years old. This came about after a meeting with the celebrated piano teacher Rena Shereshevskaya, who offered him the opportunity to join her class at the École Normale de Musique de Paris “Alfred Cortot” in 2011. This decision committed him to a musical path. In 2014 he won the 1st prize at the 9th Gaillard International Piano Competition (France) before becoming one of the prize winners at the 15th Tchaikovsky Competition. In April 2016 he obtained a “Diplôme Supérieur de Concertiste” and a Special Cortot Prize from the Cortot School. He currently continues to work with Rena Shereshevskaya at the postgraduate level of the same school.

A performer of fierce integrity and dazzling communicative power, Lucas Debargue draws inspiration from literature, painting, cinema and jazz and develops very personal interpretation of a carefully selected repertoire. Though the core piano repertoire is central in his career, Lucas Debargue is also known to present works by lesser-known composers such as Nikolai Medtner, Nikolai Roslavets or Milosz Magin. He also composes and performs his own music: a concertino for piano, percussions and string orchestra with Kremerata Baltica was premiered June 2017 in Cēsis, Latvia and a piano trio was performed in September 2017 at the Paris Fondation Louis Vuitton.<p>

He has also been the subject of a documentary “Lucas Debargue: To Music”, directed by Martin Mirabel and produced by Bel Air Media. The movie follows the pianist in the aftermath of his success at the Tchaikovsky Competition and was released in the autumn 2017.