This Requiem mass, composed for a choir, an organ and a large chamber ensemble, is my humble contribution to the Requiem genre. It is structured into 2 parts of 5 movements each, connected by an organ-solo interlude. Coming from a non-christian, non-religious background, I could nonetheless relate to the sacred Catholic texts whilst working on the Requiem. I could see and admire its underlying truth, which is universal and thus common to all spiritual teachings. This, as well as many beautiful works existing in this genre, were my source of inspiration.

Each of the Requiem’s 2 parts begins with a quote from the old Gregorian chant (the Antiphon). The opening movements, Introitus and Kyrie, were written in a style traditional to Liturgical music. However, I have used musical gestures, textures and orchestration techniques which I had learned from the great contemporaries, such as Ligeti, Tavener, Adams, Magnus Lindberg or Unsuk Chin. My intention was not to experiment with new sounds, but rather to organize these elements in a unique way within the already familiar territory for the listener

With lively and jittery textures, the third movement, Sanctus, shifts the grave mood toward a lighter one. In an approach reminiscent of Minimalism, rhythmical patterns accompany the dynamic swells of the sustained choral harmonies. Libera me, often subdued in previous works in this genre (e.g. Faure’s Libera me), was perceived by me as a raging cry of despair: “Save me, Lord, from eternal death”.

The organ solo appears in the piece’s mid point. It is a fantasy-interlude, which both echoes elements that had been already used earlier, and introduces the antiphon of the subsequent Dies Irae. The work reaches its dynamic peak, not unexpected, with the Rex Tremendae. This movement ends with the choir reciting a verse from the Dies Irae Sequence (based on Matthew 25:31-46, The Sheep and the Goats). The instruments enforce a crescendo that ends abruptly, leaving the choir naked to descend in a glissando a-capella to the abyss of Lacrimosa.

I have used the Tractus: Absolve, Domine as a final plead with God to be unchained from all of the worldly sins before touching the Heaven. The Requiem’s closing chapter, In Paradisum, presents the transformation from the physical, manifested and expressive, to the detached, abstract and transcendental. It thus explores the passage of soul into infinity, into oneness, where it would find its eternal rest.

I am much thankful to the Hamburger Symphoniker for allowing me to present this Requiem. I wish to express my gratitude further to my friends Guy Braunstein and Omer Frenkel, who helped me to finalize the score, and to Rüdiger Kruse, for whose vision I owe this piece. 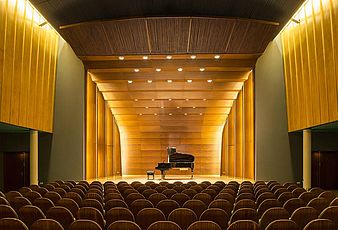 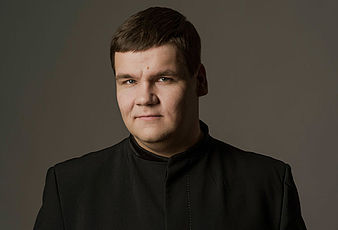 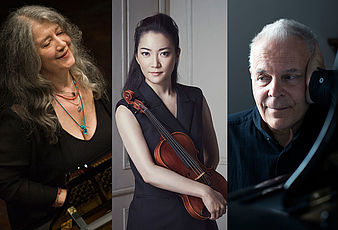