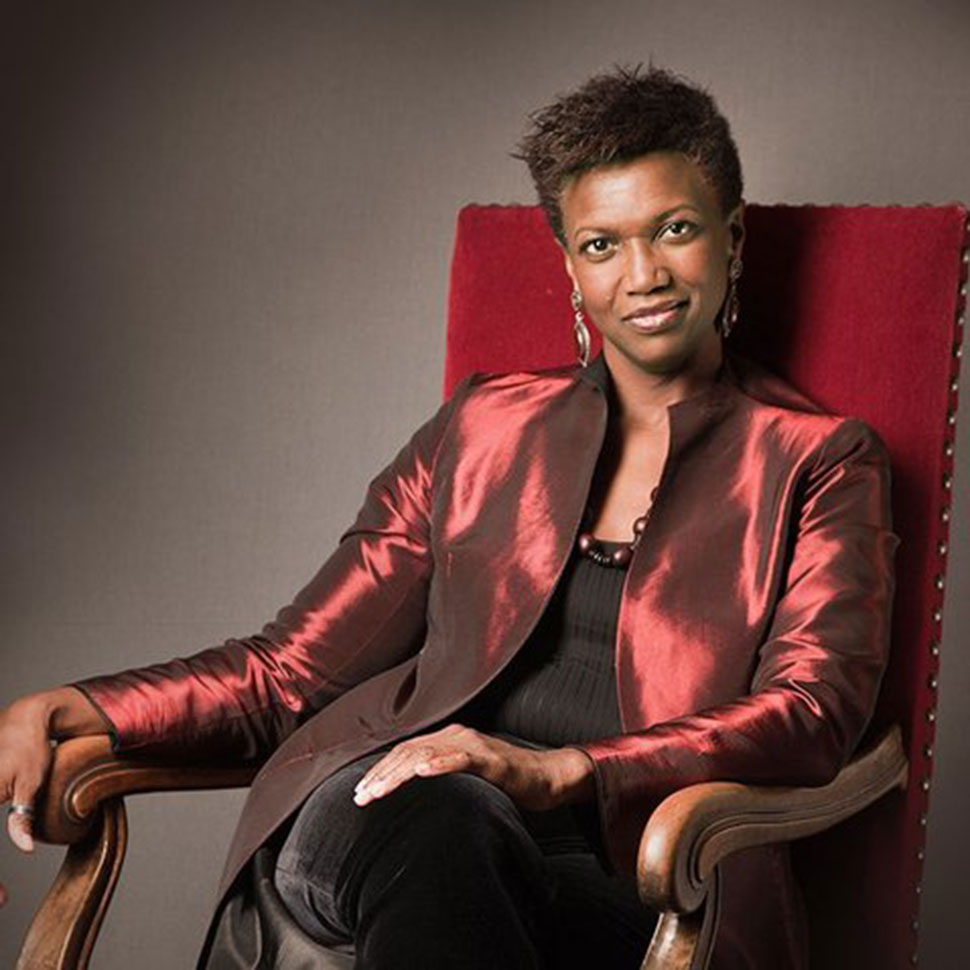 The American soprano Claron McFadden studied voice at the Eastman School of music, and received her bachelor’s degree with distinction in 1984. In the same year she moved to the Netherlands, where she currently resides, and has proven herself to be one of the most versatile singers of her generation.

Claron McFadden made her opera debut in the Holland Festival’s 1985 production of Hasse’s “L’Eroe Cinese”, conducted by Ton Koopman and in the following year, made her debut with William Christie in Rameau’s “Anacréon”, with the Opéra Lyrique du Rhin. She was invited many times to work with Christie, touring extensively in the US, South America, and Europe, including the Soviet Union. She made her debut at the Festival D’Aix en Provence with Christie in a controversial production of Rameau’s “Les Indes Galantes”, returning the following year in a Pierluigi Pizzi production of Rameau’s “Castor et Pollux”. Her Covent Garden debut, also under William Christie, was the Graham Vick production of Purcell’s “King Arthur”.

Claron McFadden won the second prize for opera at the International Competition in S’Hertogenbosch, and shortly thereafter was invited by the Netherlands Opera to sing Zerbinetta, in Graham Vick’s “Ariadne auf Naxos”. She has since been a regular guest there, most notably as Soeur Constance in Robert Carsen’s production of Poulenc’s “Dialogue des Carmélites, conducted by Yves Abel, and in Michel van der Aa’s “Afterlife”.

She was invited by Fabio Biondi to sing the title role in Cavalli’s “La Didone” at La Fenice in Venice, and was invited several times to sing at the Glyndebourne Festival, making her debut there in the title role of Graham Vick’s “Lulu”, conducted by Sir Andrew Davis, and creating the role of the Controller in Jonathan Dove’s opera “Flight”, directed by Richard Jones. David McVickar has invited her on several occasions to take part in his productions, including “Don Giovanni” and “Semele”, conducted by Marc Minkowski. She has also collaborated on several dance productions, most notably Alain Platel’s “Vsprs”. In addition to her numerous opera roles, Claron McFadden has also made a name for herself on the concert stage, and has frequently sung at the Concertgebouw in Amsterdam. She is frequently asked to sing the soprano part in Orff’s “Carmina Burana”, (most notably with Neeme Järvi and Klaus Peter Flor), “L’Enfant et les Sortilèges”, “Der Schauspieldirektor (Salzburger Festspiele), Bernstein’s “Candide”, and the “Bachianas Brasilieras number 5”. She peforms regularly with the Netherlands Philharmonic Orchestra, the Residentie Orchestra, as well as the MDR and SWR orchestras.

Claron McFadden is a regular guest at the BBC Proms, including opening the 1999 Proms in Tippett’s “The Mask of Time”, conducted by Sir Andrew Davis, and performing Schönberg’s “Pierrot Lunaire” with the Nash Ensemble. She performs regularly with the Ardittti Quartet, performing such pieces as Brian Ferneyhough’s Fouth String Quartet and the world premiere of Wolfgang Rihm’s “Akt und Tag”. Together with the Nash Ensemble and the Arditti Quartet she recorded Harrison Birtwistle’s “Pulse Shadows”, conducted by Reinbert de Leeuw, which won a Grammaphone Award, and, again with the Nash Ensemble, she recorded his “The Woman and the Hare”, which was nominated for a Grammy.

Claron McFadden is equally at home with Oratorio, working with such conductors as Jos van Immerseel (Johannes Passion, Buxtehude Cantatas), and Frans Brüggen (c mol messe, Exsultate Jubilate). Because of her versatility, Claron McFadden has found herself often asked to perform with jazz musicians, such as the Jazz Orchestra of the Concertgebouw, Michiel Borstlap Chris Hinze, and Aka Moon.