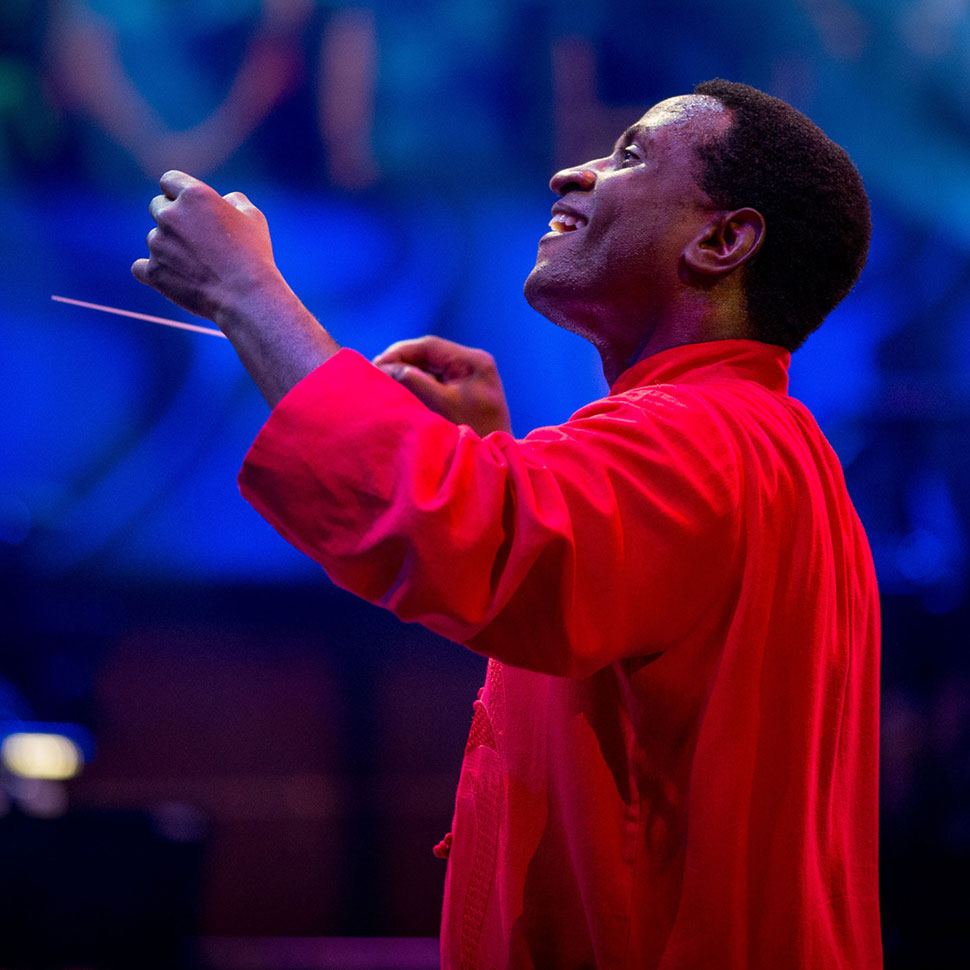 Kwamé Ryan was born in Canada and grew up on the Caribbean island of Trinidad, where he received his early musical education. He completed his studies in the U.K. and Hungary, reading musicology at Cambridge University, and specialising in conducting at the International Eötvös Institute. He held the position of General Music Director of Freiburg Opera between 1999 and 2003, and that of Musical and Artistic Director of the National Orchestra of Bordeaux Aquitaine between 2007 and 2013.  As a guest conductor, he has in Germany conducted the Radio Orchestras of Baden-Baden and Freiburg, Stuttgart, and Bavaria, the Deutsche Kammerphilharmonie, Konzerthausorchester Berlin, Staatsoper Saarbrücken and Staatsoper Stuttgart.

In France, he has worked at the Opera de la Bastille, Opera de Lyon, and the Orchestre Philharmonique de Radio France, and in the USA, with the Symphony Orchestras of Baltimore, Dallas, Detroit, Indianapolis, Atlanta, Houston, New Jersey, the WPO, New York, and the Grant Park Festival, Chicago.  In the U.K., English National Opera, Scottish Chamber Orchestra, and Royal Scottish Symphony, and the London Philharmonia and in South Africa the KwaZulu Natal Philharmonic and the Johannesburg Philharmonic Orchestra.

A recipient of international awards for outstanding work in the field of music, Ryan has served as Musical Director of the National Youth Orchestra of France and works regularly with the National Youth Orchestra of Great Britain.  When not on the podium, he dedicates his time to educational and community development work as Director of Trinidad and Tobago’s Academy for the Performing Arts (APA) at the University of Trinidad and Tobago and Chairman of the youth art Non-Profit Organisation Searchlight International.